Tests from 1,487 Danish blood donors may help shed new light on how deadly coronavirus really is.

The World Health Organization, WHO, has estimated that the figure is around one to three percent. But it may turn out to be high, according to calculations made at the National Hospital.

– We arrive at a much lower figure of 1.6 per thousand. So if we have 1,000 Danes who have had this infection, there are one to two who have died with it, says Henrik Ullum, a consultant and professor at Rigshospitalet. [The Realm Hospital.]

He, along with colleagues, underwent blood tests from just under 1,500 blood donors who received blood on Monday. The blood has been used to test for coronavirus antibodies and preliminary results shed new light on the number of infected.

Antibodies are formed when an infection with the virus is over. And it turns out that 22 of the 1,487 blood donors have formed antibodies. However, there have been cases where the test has failed to capture that the donors have been tested positive for coronavirus in the past.

– If we adjust for the test to not work perfectly and assume that the blood donors are representative of the entire population, it is equivalent to 127,000 people in Denmark having been infected.

Thus, when 203 Danes are declared dead today with coronavirus, it gives a mortality of 0.16 percent – or 1.6 per thousand.

But blood donations are not representative of the entire population because they are generally healthier than the total population.

– Therefore, the actual number infected throughout the Danish population may well be greater, [In other words the proportion of infected among non-donors is even greater meaning the total number of infected is even greater than 127 thousand.] says Henrik Ullum, who emphasizes that the figures are preliminary and must be read with caution.

– Blood donors come to donate blood and are healthy and healthy. Therefore, we may underestimate how many have been infected. We can also overestimate it if they have traveled more or been more ill than the background population, says Henrik Ullum.

The Danish Serum Institute has always counted on a considerable dark figure and yesterday estimated that the actual number of infected may be somewhere between 70,000 and 150,000.

After Easter, the Capital Region begins to screen all employees who have patient contact because they have formed antibodies to coronavirus.

New figures must be reserved

The results of the antibody tests must be taken with a number of caveats.

The test doesn’t seem perfect either. There are several of those tested who have been infected with coronavirus where the test has not been able to see it.

– That’s actually 23 percent in our numbers. But we have gone into that uncertainty in the figures I just presented, says Henrik Ullum.

At the same time, Henrik Ullum emphasizes that you are not necessarily fully protected against a new round of coronavirus infection, even though you have been through it once.

– The last element of uncertainty is that if you have had a very mild infection, you get a very weak antibody response. It is not necessarily antibodies that make you fully immune, so we cannot say that you cannot get this infection again, he says, adding:

Poor report. Doesn’t give the number we all want – the % of Danes who have the anti-bodies.
Which from the data turns out to be approx 1.5% as measured while the estimate adjusted for errors is 2.5% which they use to get the 127k previously infected guess.

Deadline 14 hours ago, but says the number of Covid deaths was 203 which was true on April 7th, but was 321 on Thursday with no sign of slowing down.
https://www.worldometers.info/coronavirus/country/denmark/
It could well reach 500 before stopping, implying a mortality rate of 0.4% (not the 0.16% this piece calculates), much closer to WHO rates. And of course no allowance is made for this being Denmark, full of healthy people with an excellent and well funded health service.

Thanks for keeping us informed! 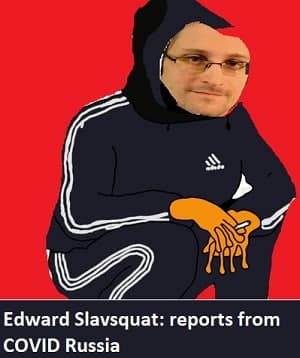